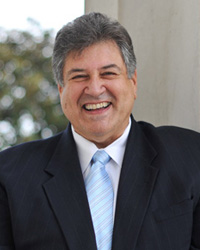 Edward began his career in the financial services sector in 1975, primarily working on insurance with clients throughout the Washington, DC-metropolitan area. In 1977, his focus broadened to include business needs and operated under the dba name of Employee Benefits and Insurance Planning. He operated as a sole proprietorship until 1987, when he formed the Fader Financial Group, Ltd., now known as Fortegy Financial, in Alexandria, Virginia. By 1989, he chose Commonwealth Financial Network®, based in Waltham, Massachusetts, as his broker/dealer of choice, and to this day, Fortegy Financial utilizes its services.

Throughout the years, he has taught various courses to residents at DC-area hospitals, assisted physicians and other entrepreneurs to form their practices and companies, designed pension plans, represented clients in their estate planning process alongside accountants and attorneys, and much more.

Edward believes that solid financial planning is essential for obtaining one's goals. He manages his client relationships by not only providing sound financial advice, but also emphasizing the importance of educating and empowering individuals and business owners to help achieve their dreams and provide them with financial confidence.

Originally from New York, Edward earned a BA in English literature from George Washington University in Washington, DC, in 1970. He continued his formal education at George Washington University by earning an MA in secondary education/American literature in 1974. In 1985, he obtained a Chartered Life Underwriter® (CLU®) and a Chartered Financial Consultant® (ChFC®) designation from The American College in Bryn Mawr, Pennsylvania, and has also obtained a Chartered Retirement Plan SpecialistSM (CRPS®) designation from the College for Financial Planning. He has three daughters and is a lifelong theater lover.